Back on track again, and this time kickass travel in the Balkans! Arrived Croatia and beautiful Dubrovnik old town early morning. What a great sight as we approached from the steep hills!! The place is already super crowded with tourists, and we soon realized why, as we approached the city walls and the amazing town opens up, we can totally understand why people say that Dubrovnik is one of the most beautiful cities they have ever seen!

Outside the walls, we met an old man promising us a nice room for a good price, and after following him to his home, it turns out the price was different and the room was not as promised+his wife was crazy and superangry for everything!!!So a bit scared of the crazy wife, we took to the streets of old town again… Luckily, after about 2 min, a nice lady offers a room with private bathroom AND a small kitchen for the same price! Nice!!

Dubrovnik was founded 1300 years ago by refugees from Greece, and has been an important trading town and also an independent republic. The destruction of Dubrovnik done by the Yugoslav army in 1991 sent shockwaves through the world, but the strong residents repaired all the damages, and the town got its beauty back again after the war!

The old town is closed for traffic so we walked and walked trough the super cosy narrow lanes and hundreds of steps, passed amazing buildings, churches, small shops and restaurants where the lanes was just wide enough to have a table, enjoying all the delicious food and drinks they serve you. We really loved this place!!

After a couple of hot days in the sun it was time for a swim. And around the city walls you have different places to swim. Amazing Steep cliffs on one side, with crazy people diving from the super high cliffs, and on the other side you can find some small stone beaches.
We went outside the walls a bit and found a charming bay with crystal-clear waters and not so many people. Really nice!!

To get a good look of how the old town really is, we vent for a walk around the Old town along the top of the city walls. We had amazing view of the whole town, and got a good feeling of how narrow all the lanes and steps are.

After a couple of days in this beautiful city it was time to move on to Montenegro and Bosnia & Hercegovina (different blogs), before returning to Croatia and Split.

Back in Croatia;
Arrived Split with bus from Mostar (Bosnia & Hercegovina). A great ride trough amazing landscape, from small mountain villages to the beautiful and dramatic Adriatic coastline.
In Split we stayed at an old couples apartment and spent the whole day exploring the interesting old town, with its narrow lanes, churches, squares, shops and restaurants. Really nice! 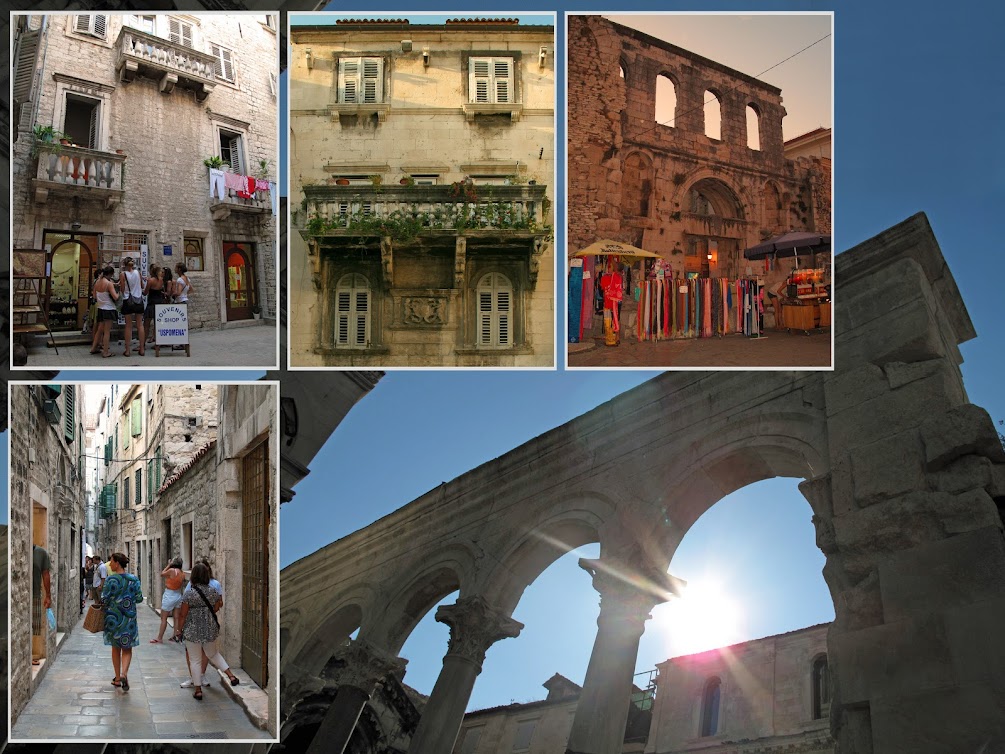 After one day/night in Split we jumped on a Jadrolina-boat taking us to the island of Brac, and with a busride across the island from the harbour city of Supetar, we finally arrived the wonderful fishing town of Bol. Perfect place for relaxing by the sea! A travel information fixed us a nice and cheap room in walking distance from everything Bol has to offer. The longer you stay the cheaper it gets!
We spent our days relaxing on the beach, swimming having fun and eating delicious food!!! 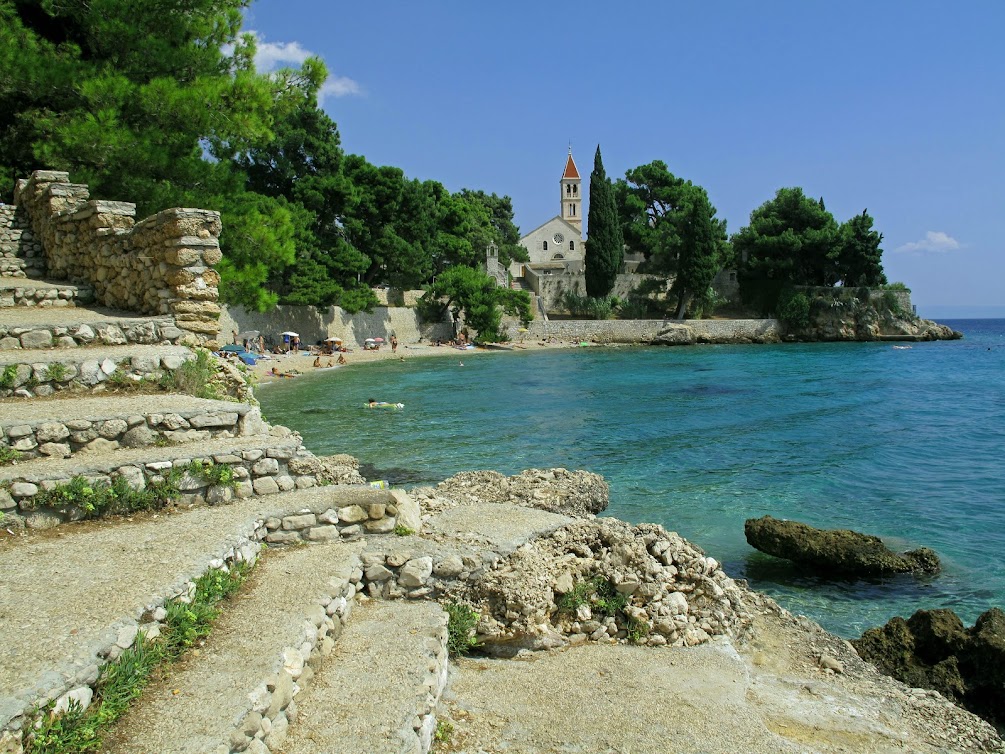 One of the days we went for a daytrip to Hvar and Palmizana island. Hvar town was a great town, but much,much,MUCH busier than Bol, and heaps of stupid tourists! faaaar Too many! 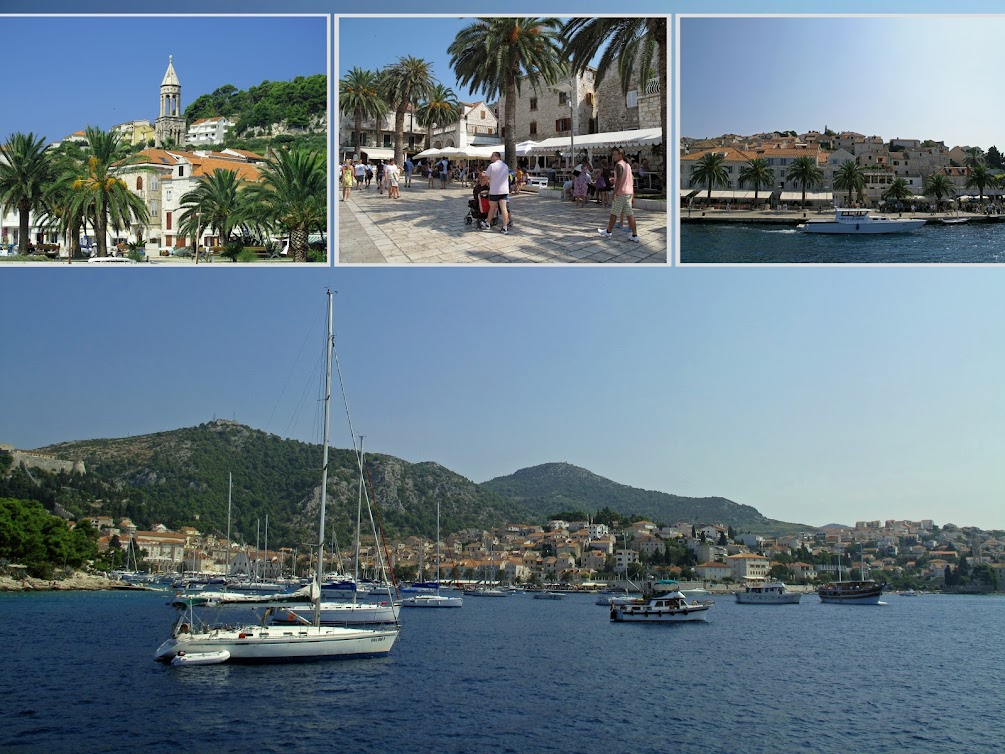 From Brac we took the boat back to Split and jumped on a bus taking us to Zadar. We stayed only one night in Zadar, but curious as we are, we saw most of the town in one day! The old town was quite nice, but after starting our trip in Dubrovnik, nothing can be compared to that… 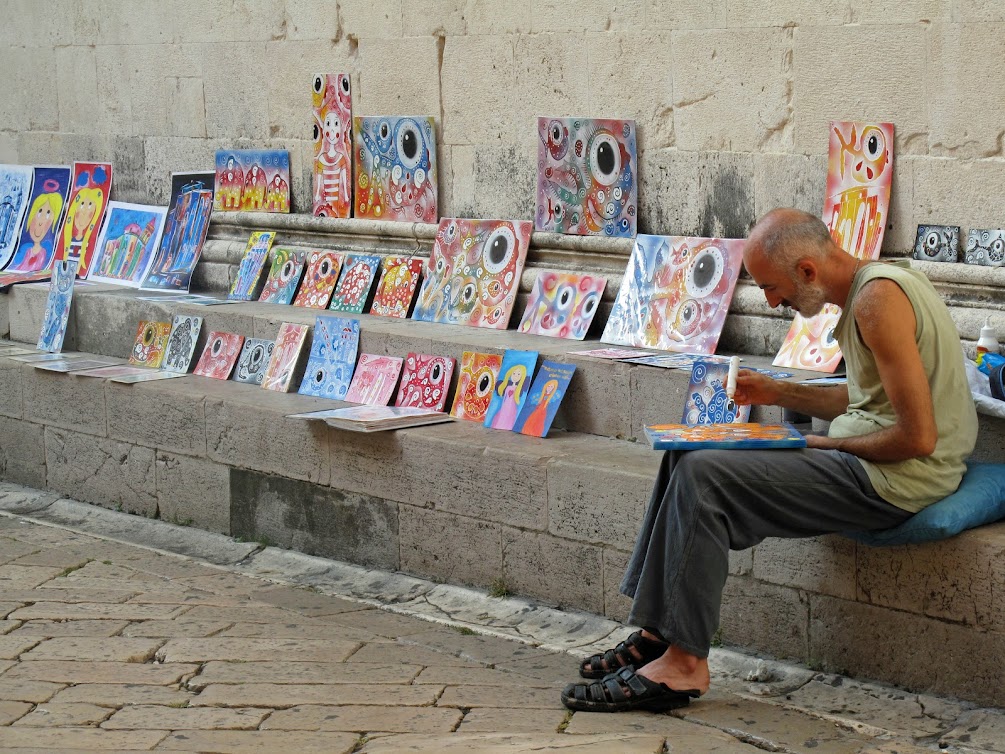 From Zadar we took a fast boat to Pula. This was a really nice boat trip, the weather was amazing, the ocean completely still and we had a beautiful sunset on the Adriatic Sea.

In Pula we stayed at a really shitty place, but luckily it was only for one night… Since we arrived so late at night we just wanted to find a cheap place quick.
The next day we walked around looking at all the sights in old town Pula. The most amazing place most be the huge 1 st-century Roman Amphitheatre in the middle of town. It’s build entirely from local limestone, and designed to host gladiatorial contests and had room for up to 20 000 spectators! 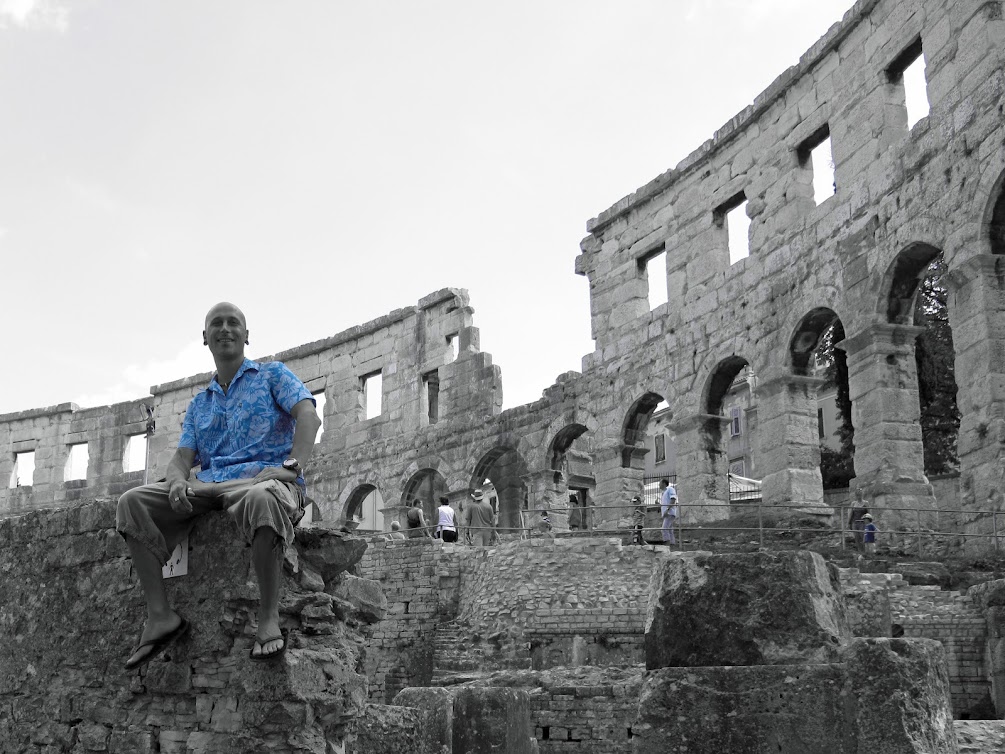 Everywhere we stayed in Croatia we stayed in private rooms, at someone’s home and this was a great way to feel the real Croatia.
The people are really nice, the food is great, and the ocean amazingly clear!!
Our travel in this beautiful country had to come to an end, and sadly we had to go back home to the crisp Norwegian autumn and our jobs so we can save up for our next trip!

Our travel route in the Western Balkan: 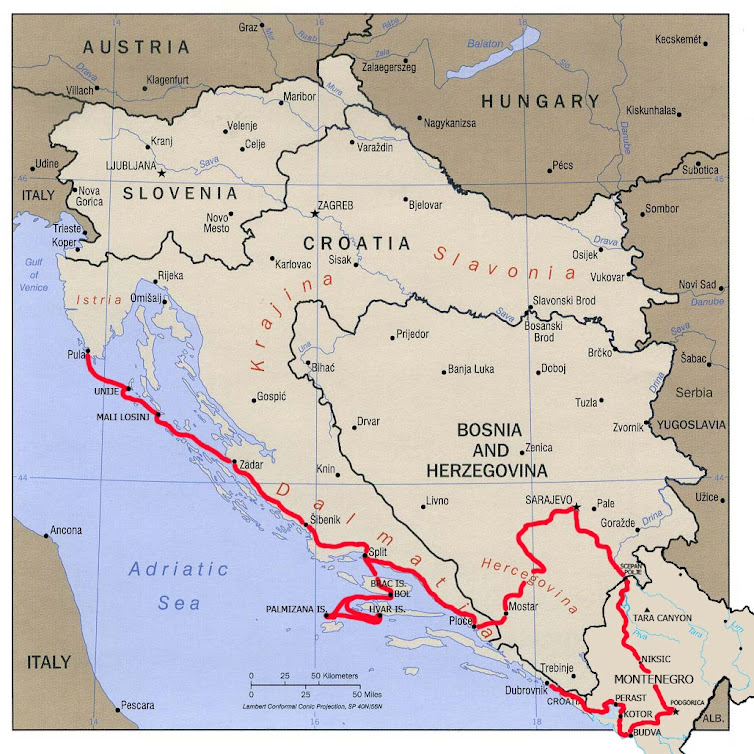