Travelling from one paradise, Samoa, to another, Tonga, meant crossing the freaken date line again, getting a little bit confused on the days now.. Except this time we actually lost a whole day and arrived 1 day to late to meet our friend Øystein…yess, we’re catching up to celebrate his birthday, Christmas & New Years in the beautiful Pacific islands of Tonga.

Arriving the main island of Tonga, Tongatapu made our start of exploring this kingdom easy; travel agencies, shops with normal stuff like food, beer etc & cheap fales (bungalows), cheap for the pacific islands that is. Niiiiice..

After booking plane tickets to the Ha’apai island group for celebrating New Years, we settled down at Ha’atfu beach & surf resort in Tongatapu. Being only surfers staying at this place, we really felt at home, ha ha, yess, like we are known to surf at reef breaks.., ha ha, not!! Anyway, Øystein arrived a few days earlier and found us this spot on the island to celebrate Christmas and his birthday together. Super duper!!

Ha’atafu is situated on the tip of the west coast, close to where Abel J. Tasman supposedly came ashore in 1643. Surrounded by some nice beaches and ok snorkeling made this a great spot to crash. The “resort” have basic mosquito infected fales (bungalows) and breakfast & dinner included. The food was really great, so were the people running this place. All of this and a couple of trips to Tonga’s main city, Nuku’alofa, made us really enjoy our stay there.

Our week in Ha’atafu in a nutshell: Snorkeling, swimming and relaxing with 2 bottles of Rum, 3 bottles of Whisky, 1 bottle of Baileys lots of beer and 4 cans of mosquito repellent!!! Yes, we had quite a celebration both on Øystein birthday, Christmas eve & Christmas day… 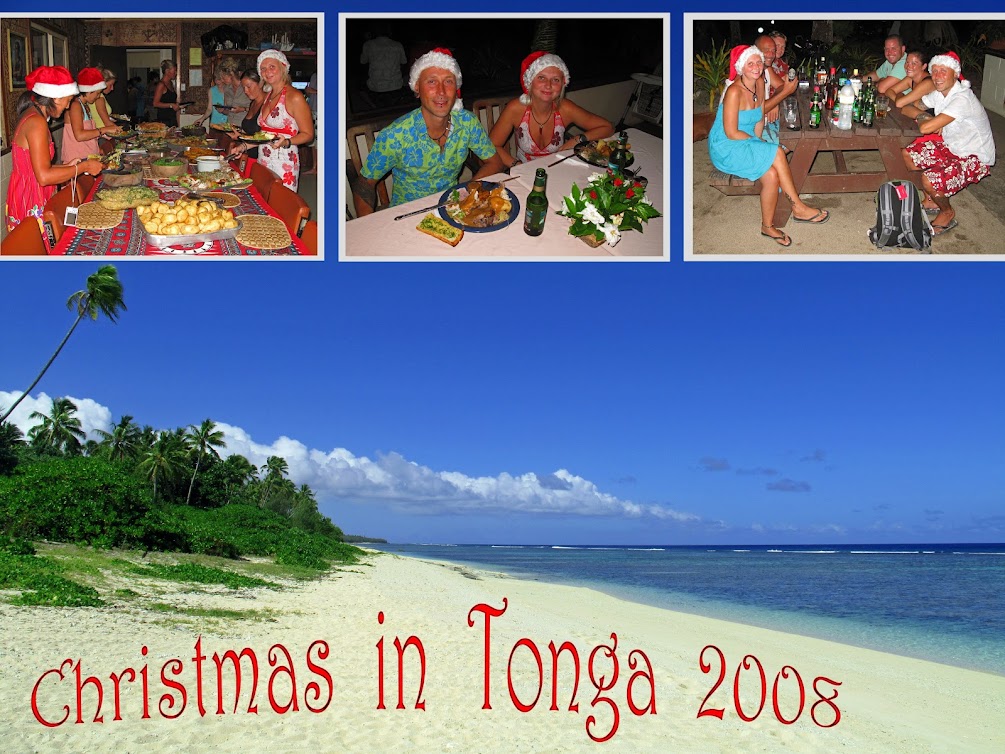 Finished with all the celebrating stuff, tired and ready for a relaxing beach break, we headed up north to the rural Ha’apai island group with the oldest plane so far on this trip.., recon it had its prime time in the fifties, making this ride the scariest, most shaking and warmest (no aircon) plane ride so far..Marianne was sure we’d land, but where??

Closing up to Lifuka Island we could see all these beautiful small dots of islands surrounded by coral reefs and turquoise water, what a sight!!

Ha’apai’s islands appear like the idyllic South Pacific paradise. Low coral islands, vibrant reefs, deserted white beaches and even volcanoes. Foa Island where we decided to stay have amazing beaches, good snorkeling and a nice place to stay; Matafonua lodge. Being on the north tip of the island, it’s just a swim over to the uninhabited island of Nukunamo (strong current can make it dangerous though).

During our 10 days in Foa island, we celebrated New Years on the beach having a bonfire on the very tip of the island together with all the other travelers, drinking and having a great time, and to know that we’re the first ones in the world to see the New Year, made us sort of pioneers of the new year, ha ha, love it.

Finally Børre & Øystein found the right spot for a shark dive. So they went for a couple of dives with some other travelers from the lodge, and what a great dive…We saw Black tip & White tip reef Sharks, Stingrays, a poisonous Lion fish hiding underneath a coral and a bunch of other fish. The first divers even saw several huge Grey sharks when descending.

The rest of our stay in Ha’apai we enjoyed the beach life, snorkeling, swimming, a small earthquake, relaxing and the usual stuff.
We also went to the “big” city which consisted of 1 road and a couple of “shops”. Not the biggest town in the world, example; the main airline ticket office is in a home, probably in the kitchen, ha ha..
And even to get there, first the main road crosses over to another island by a causeway, then it actually crosses the air strep, sooo we had to wait for a moment for a plane to take-off before continuing to the «city», ha ha..Love this place!! 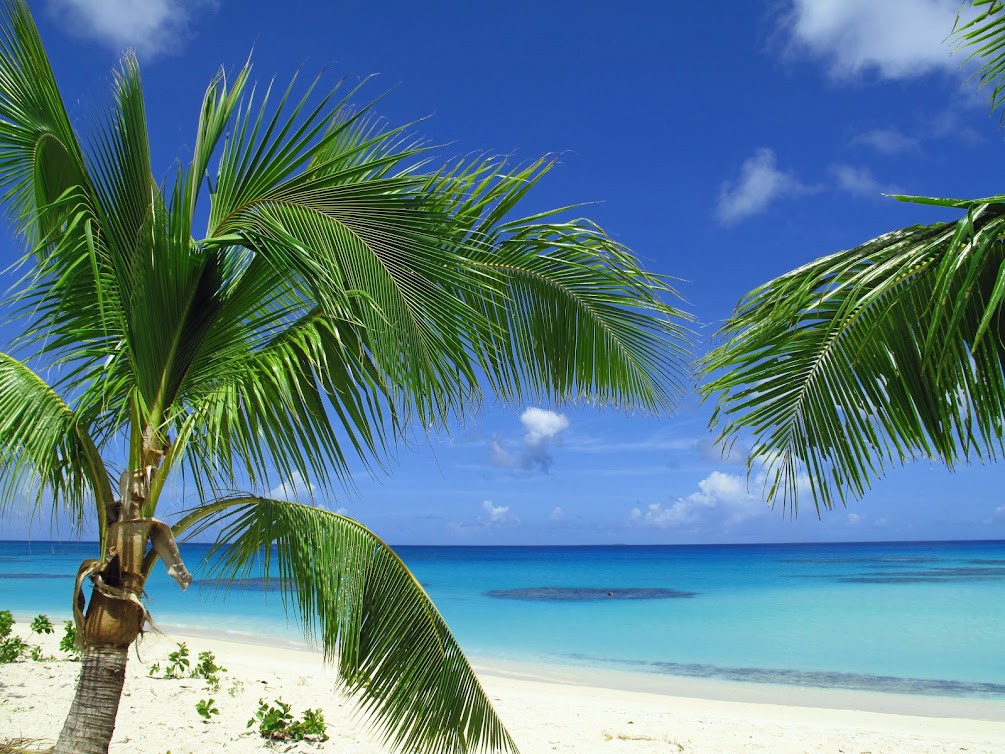 On the way back to Tongatapu (the main island), Øystein, the lucky bastard, got to sit in the cockpit by the pilots, due to overbooking. Why can’t this stuff ever happen to us?!? yess , must say we got a little bit jealous.

Back in Tongatapu we stayed at a really cheap place; Heilala Holiday Lodge, 3 km from Nuku’alofa (Capital). It’s inland so there are no beach or anything close by, but this place was really nice and even had a small pool to cool down in, also the German owner is a really good host, organizing trips around the island, outer island, feasts etc…

After 2 days, Øystein left for New Zealand and brought the nice weather with him. For the rest of the week we got kind of stuck because of a extreme rain-storm-weather stuff… Although we managed to go on a rainy daytrip and a traditional dinner & dance show…

Suddenly our 3 weeks in Tonga came to an end, and it was time to move on to our next destination, the paradise islands of Tahiti (via Auckland, New Zealand for 4 days).

Yess, we’re still having a great time travelling the world, especially here in the paradise islands of the Pacific Ocean.
Hope everybody home and people we met during this travel are having a great time where ever you are. Happy New Year to all of you guys! 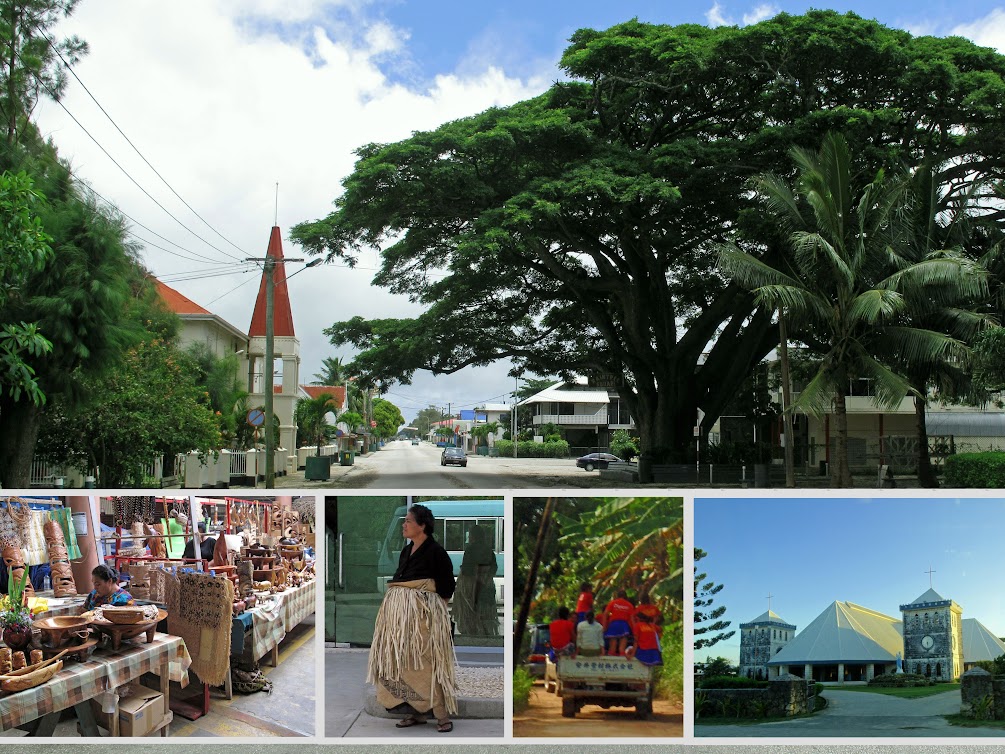 See our video from Tonga here.. 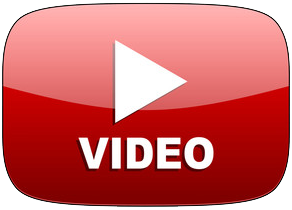