Finally it was time for us to explore some more of our own amazing country, Norway! Road trip up north to Lofoten it is!

As we drove north from our home in Oslo, excited about being on the road travelling again, we first had to make a few stop-overs on the way; first Børre’s family in Otta, then a pitstop at the beautiful cottage “huttan” in Rødven (Romsdalen), and Marianne’s family in Kristiansund (Nordmøre). We arrived just in time to celebrate Norway’s national day (May 17.) which is a huge thing here in Norway.

After all these visits it felt great to continue our travel up north! The first day we drove from Kristiansund to Steinkjer. Further from Steinkjer we had to decide whether to continue driving the highway or the scenic coastal road “Kystriksveien”, we went for the first one, (the boring one) to the beautiful town of Brønnøysund. Since we already had huge regrets not driving the coastal road, we would definitely continue by the coastal road from here!!

In Brønnøysund we had a great walk up to the famous Torghatten Mountain. There is a big hole right thru the mountain and the view from both sides was really spectacular!! 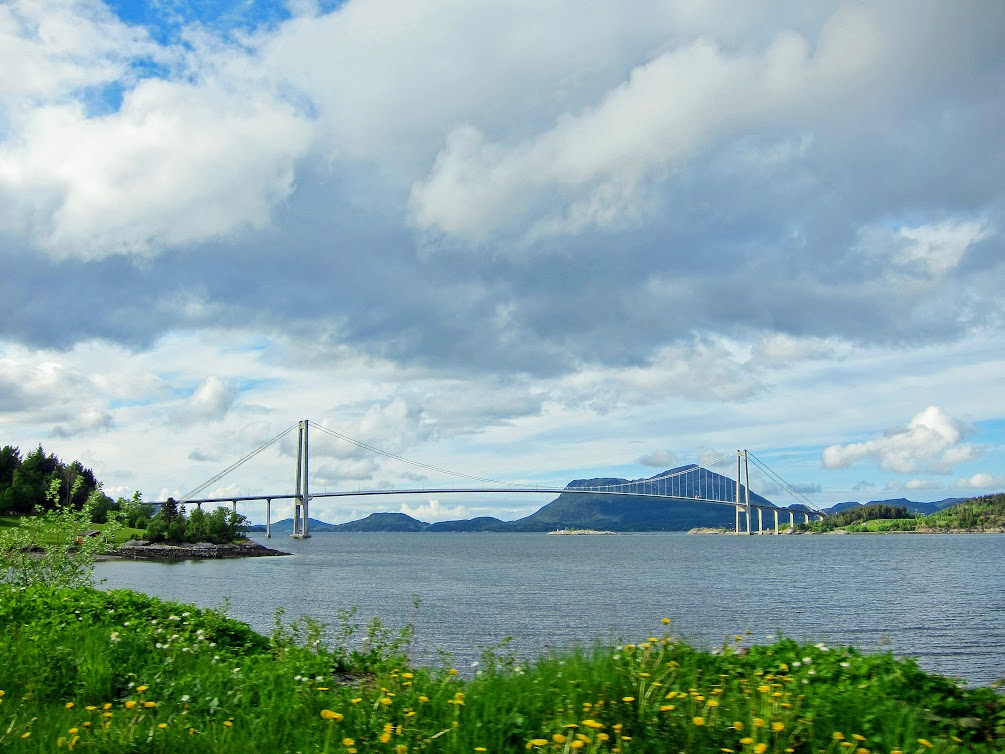 After a couple of days in this cozy little town, we continued, now on the coastal road, further north along The Helgeland Coast (Kystriksveien).

The nature was absolutely breathtaking as we took ferry after ferry and places like Stokkefjorden, Tjøtta, Alstadhaug, The Seven Sisters mountain range, Nesna and then to Kilboghavn made this one of, if not the most amazing road trip we’ve ever been on! Plenty of small beautiful places, with wild nature and few people. The weather changed constantly and the light was crazy amazing! 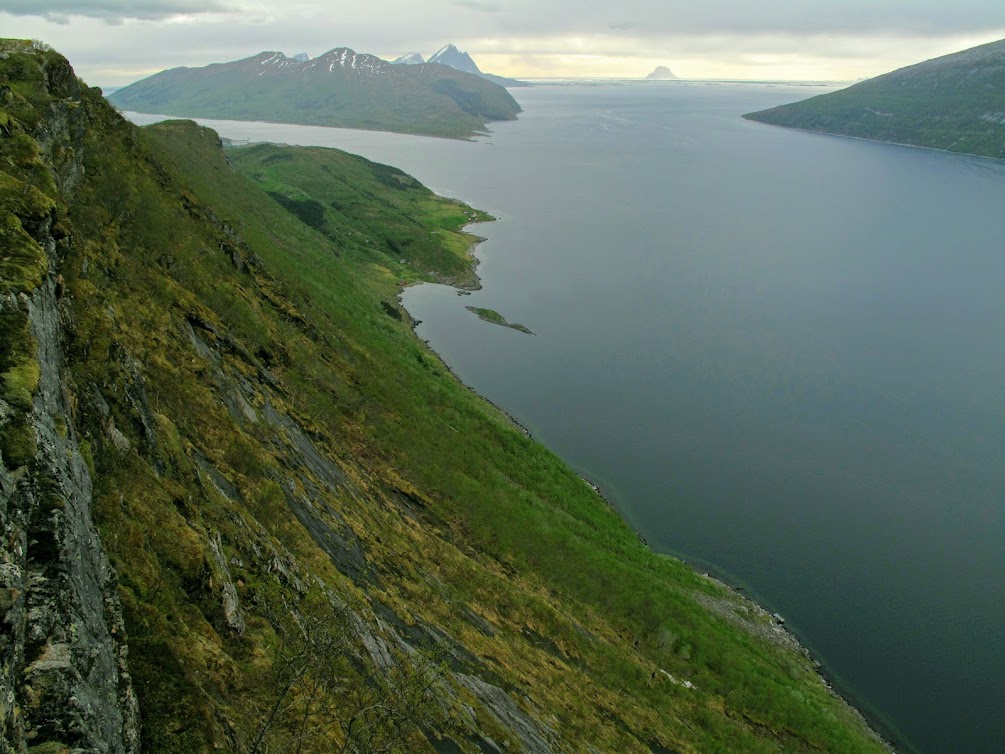 From Kilboghavn we continued further north to Bodø, and on the way we passed the Artic circle, saw parts of the Svartisen glacier, and went on some great ferry rides (again). We also stopped at the famous Saltstraumen, the world’s strongest tidal current. Every six hours, 400 million cubic metres of water rush through the 150-metre wide and 3-kilometre long sound connecting the Saltenfjord and the Skjerstadfjord. What an amazing sight!! 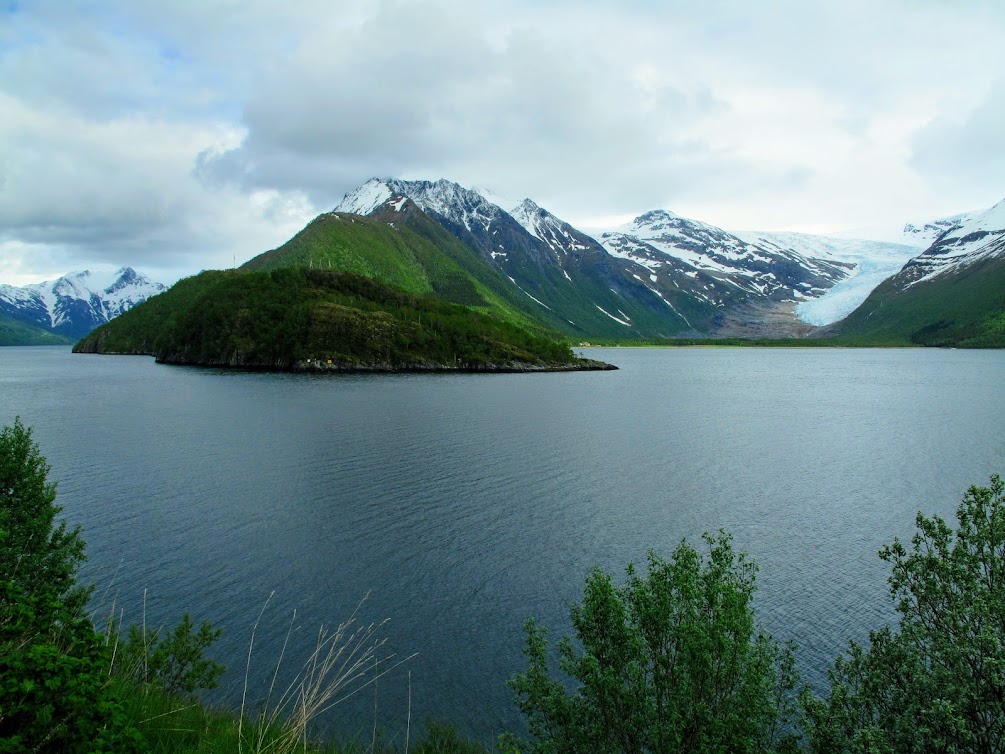 After staying in beautiful Bodø, The capital of Nordland County, for a few days, it was time to continue towards the Lofoten Islands! We went thru the small town of Fauske, and here Børre actually lived for a while with his family when he was a kid.

From Bogenes (a bit further north) we took the 2 hour ferry ride over to the famous Lofoten! Our first stop was the small village of Lødingen. Our expectations for Lofoten were huge! So our first night here, camping practically on the beach, gave us a great feeling and our expectation for this amazing part of the country grew even bigger!

From Lødingen we continued to the amazing town of Svolvær and the smaller Kabelvåg were we stayed for several days. The camping area was almost on the water, with a nice beach and fishing places close by. All surrounded by the “signature” steep mountains of Lofoten, making this a great place to stay for some days.

Lofoten is known for excellent fishing and a lot of beautiful nature attractions, as well as plenty of small villages off the beaten track. During summertime, the sun never sets over the white beaches, and Lofoten have lots of steep mountains with pointed peaks which reflect the red glow of the midnight sun. No wonder the National Geographic Traveler rated the Lofoten islands as the third most appealing islands in the world.

One (of many) highlights in Lofoten was visiting the small, but very much alive, fishing village of Henningsvær. Henningsvær consists of a group of small islands spread out at random in the blue waters of the Vestfjord. With the mountain at its back and otherwise surrounded by the sea, Henningsvær was a natural hub of activity during the Lofoten Winter Fishery, and in the 1800’s, the island community prospered, and Henningsvær became one of the most prominent fishing villages in Lofoten. This tiny village was soon to become one our favorites.

The northern part of of the Lofoten Islands has some amazing white beaches, just a bit too cold to jump in the water this early in the summer! Flakstad and Randberg are two of the places with amazing beaches, but there’s plenty more as well!

Other highlights were the tiny old fishing village of Nusfjord, Norway’s oldest and best preserved fishing village. Eating delicious seafood at Sakrisøy and the small village of Å at the southern end of Lofoten. But, the biggest highlight and one of the most beautiful places we’ve ever been to must be the village of Reine! Surrounded by super steep mountains and right on the water this was certainly one very special place! We really loved this place!!! 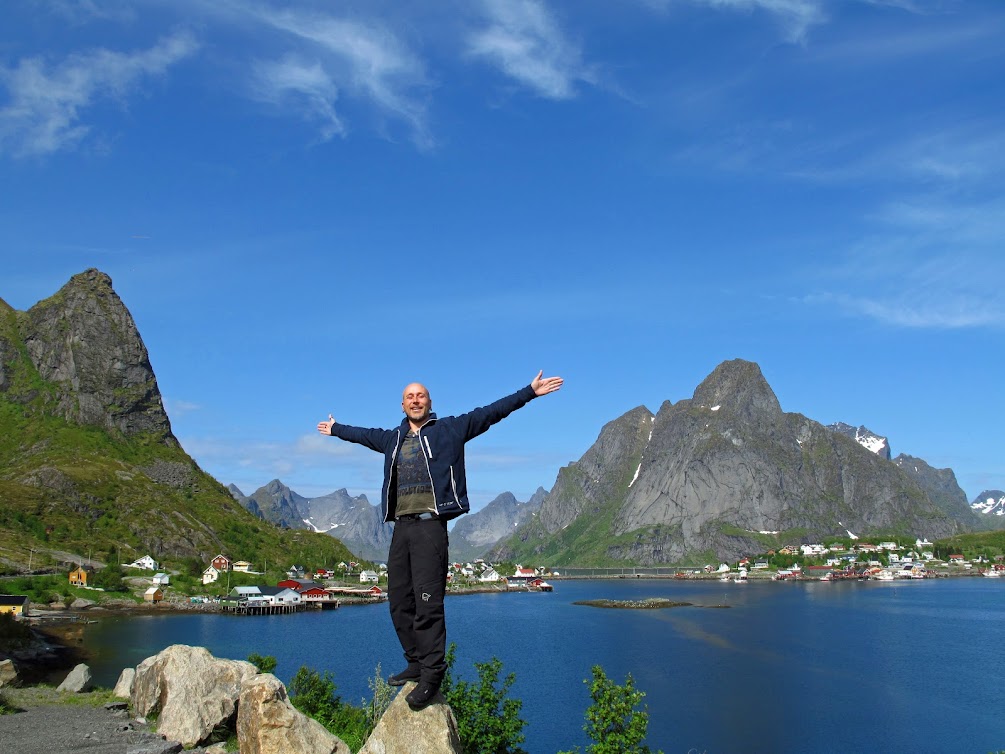 After exploring these amazing islands of Lofoten, one of the world’s most beautiful places, we returned back to Bodø by the 4 hours ferry ride from Moskenes. In Bodø the summer had arrived, and we spent several days just relaxing by the sea, before going once again to Fauske. Here we stayed for a few days when a festival was going on, before starting our journey south towards Oslo again. On the way we had some days in Mosjøen, a pretty little town by the sea before driving all the way down south and getting ready for a week in France and the wedding of Børres sister. 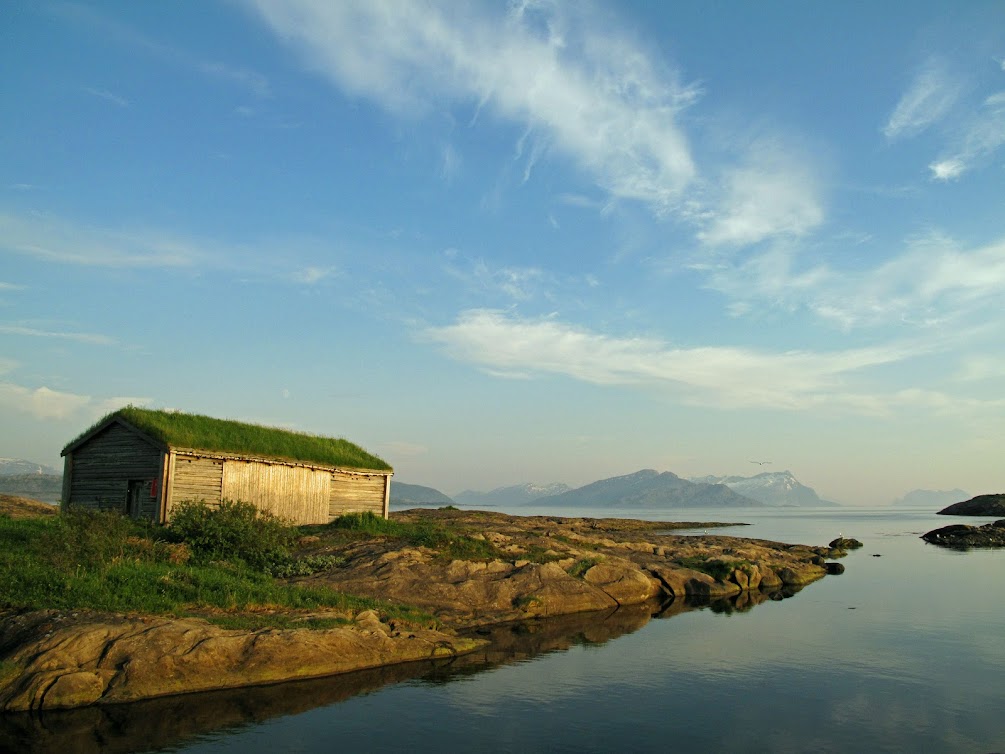 In total this beautiful road trip lasted for 6 weeks and costs us a small fortune. Even though we stayed at camping sites and made our own food, the money just kind of disappeared in a drain of petrol, camp fees and ferry rides… YESS, Norway is expensive, but so amazing and crazy beautiful place to explore!!

Our tips to other travellers:

Highlights:
Scenic road along the coast of Helgeland & Lofoten.

Minus:
constant change in weather means that warm clothing & rain gear should be available all the time.
……….
Cost:
-Food: Buy your own food from the local grocery shop and you’ll save a lot of money.

-Accommodation: Staying at camp/caravan sites is definitely the cheapest deal: We paid about 150-250 NOK a night including electricity with our caravan at campsites.

-Travelling: We traveled by car and a tiny caravan (which we sold on a single day when we came back home). A cheaper option is tent.. Petrol is expensive (14-16 nok/liter)! But you’ll definitely see more travelling with a car than if you travel by bus, train or plain.