The tri-country border between Laos, Myanmar (Burma) & Thailand forms the legendary Golden Triangle. A mountainous frontier where the Opium poppy was once an easy cash crop for the region’s ethnic minorities. With its history, knowing the drug traffic is still going on, and the Great Mekong river as a natural border between the countries, makes it a really special place to explore.

Entering Laos from China vent without problems, and quite fast comparing to other border crossings on this trip, niiice.
Humping in a quite shitty bus from Mengla, China to Luang Nam Tha, Northern Laos, took us about 5-6 hours..Tired, hungry & superwarm we checked in to the first guesthouse we found, quite nice place actually.

Luang Nam Tha felt like a really great place for relaxing, especially after all the friken noise due to all the people & traffic in China.. It’s a small village set in between mountains & beautiful trekking areas nearby. Love this place!!
Of course with our luck, a never ending heavy rainfall started our first night and kept it going days & nights during our whole stay. So we tried to go to Luang Prabang, but we didn’t even get to the bus station due to flooded roads & landslides..After some thinking we decided to explore the ‘Golden Triangle’ instead, and fly(for the first time since Norway) to Luang Prabang from Chiang Mai, Northern Thailand. 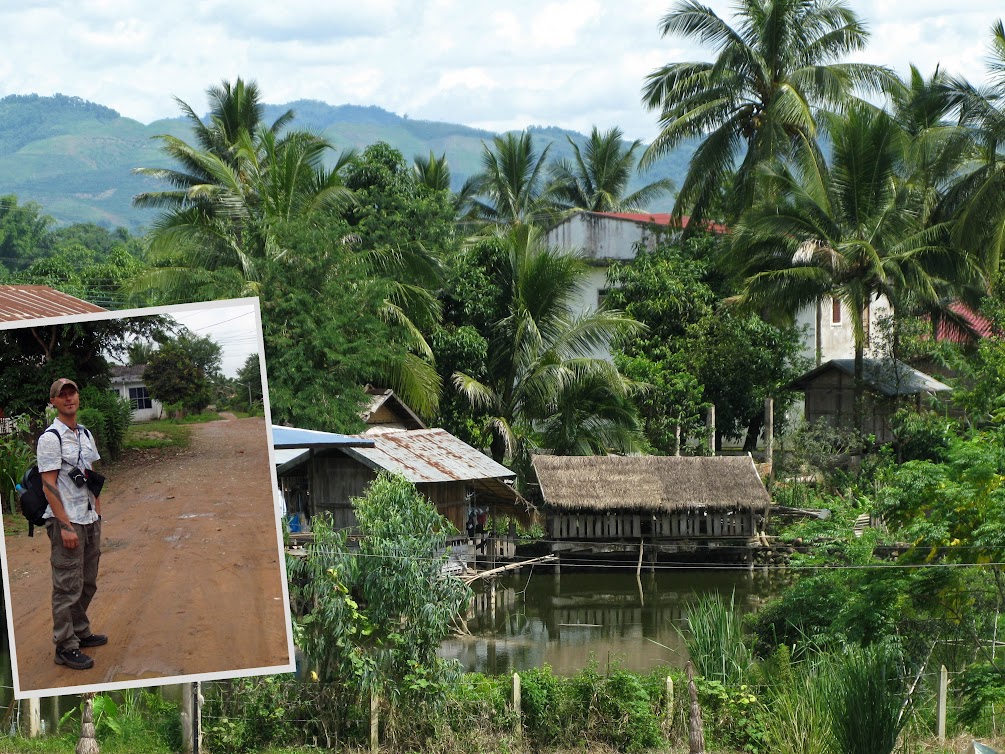 After another night, we took the bus to Huay Xai (bordertown to Thailand), and stayed there a night 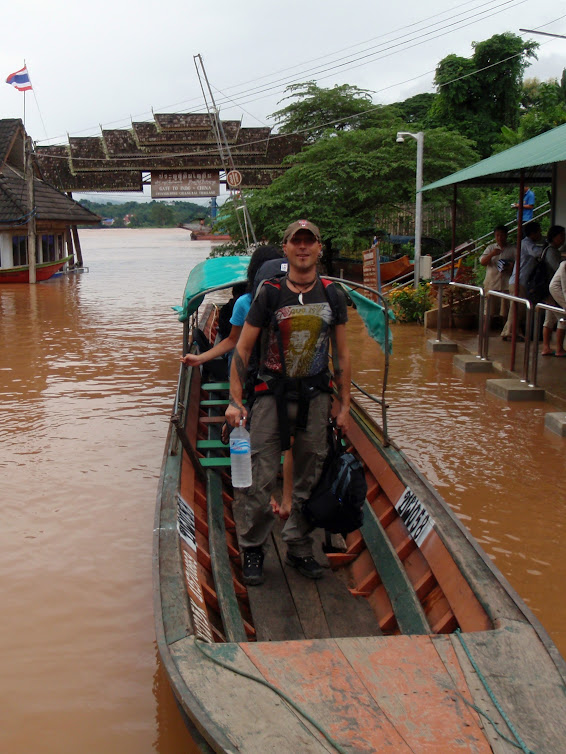 before we crossed the great Mekong river with a longtail boat to Chiang Khong, Northern tip of Thailand..Very special since the border & pass control was all flooded by the Mekong river going over its normal level.  Took a sawngthaw(taxibus) up to Mae Sai, and on the way we could see houses, roads and fields covered with water from the river, quite a sight!!

Once in Mae Sai, we threw our backpacks in to a hotel and went straight to the Myanmar border! Since all the problems due to the military regime in Burma, the border is often closed, and even when open it’s sometimes dangerous to cross, you never know when the regime decides to make problems..But luckily the border was open that day, so nothing could stop us!! We had to be back in Thailand before 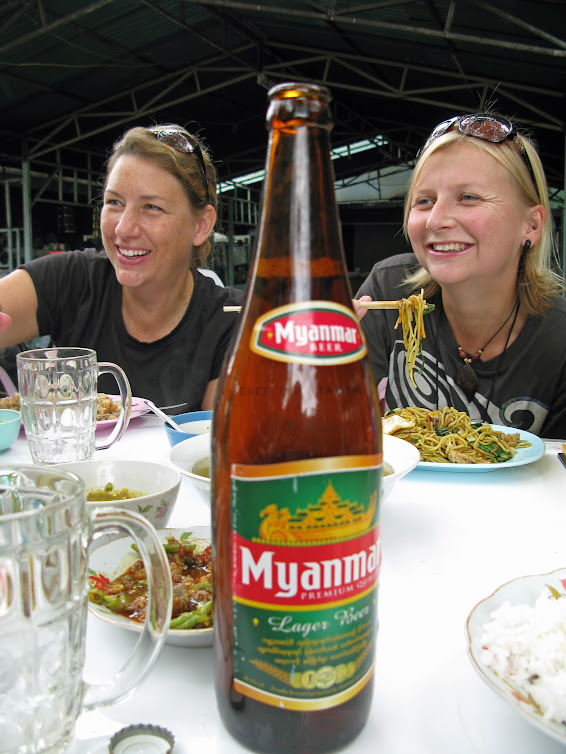 the border closed at 5 pm, so that gave us 2 hours in Myanmar (Burma). We spent them well, having a great meal and some Myanamar beer in Tachilek!

Back in northern Thailand:

Back in Mae Sai we walked the street & marked, bought some small things, had a great footmassage and spent the night with Tigerbeers and Sangsom (thaiwhisky) at the hotel cafe.

Next morning we took the bus to Chiang Mai via Chiang Rai. Tired and hungry, we arrived at last, just before every eating & sleeping place closed. Luckily we manage to get both.  Chiang Mai is really a beautiful city. With its setting high up north, surrounded by mountains and forest, having a cooler temperature, it’s a great place for hiking.

Since Børre has been hiking the mountains here before, we spent our days exploring the city instead. We saw a lot of Buddhist temples, the night marked, good eateries, and had some great massage before heading further on our journey.

Because of some holiday-stuff all the flights to Hanoi via Luang Prabang (Laos) were full, so we decided to fly straight to Hanoi, Northern Vietnam instead.

Our next Travel blog is from the beautiful country of Vietnam. And yessss, we are still having a great time!! 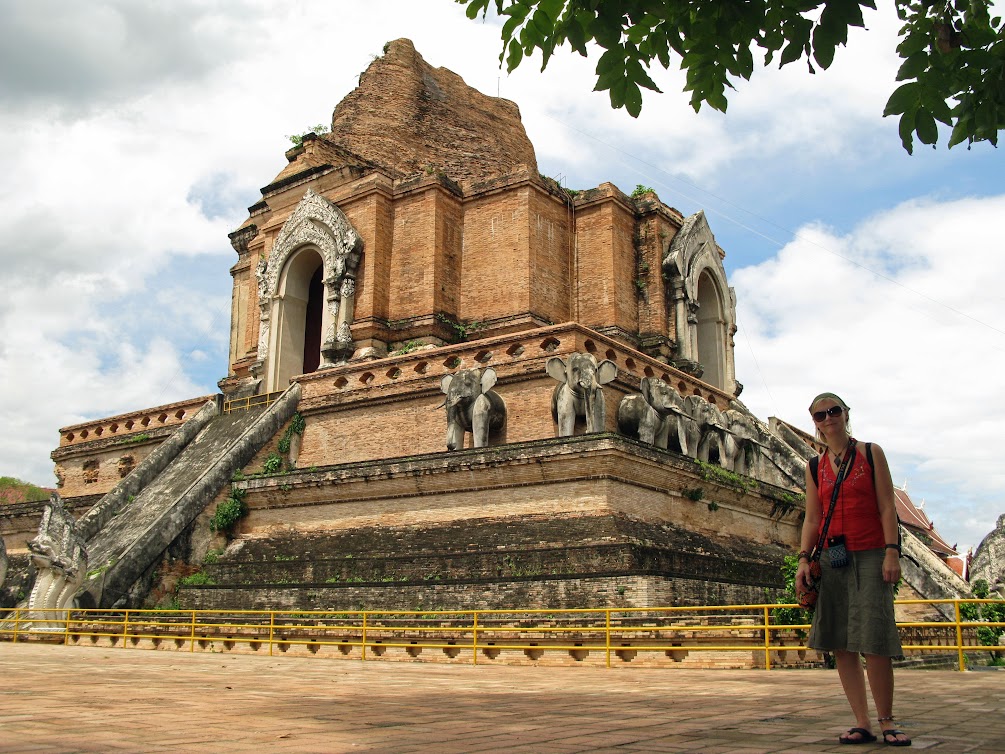